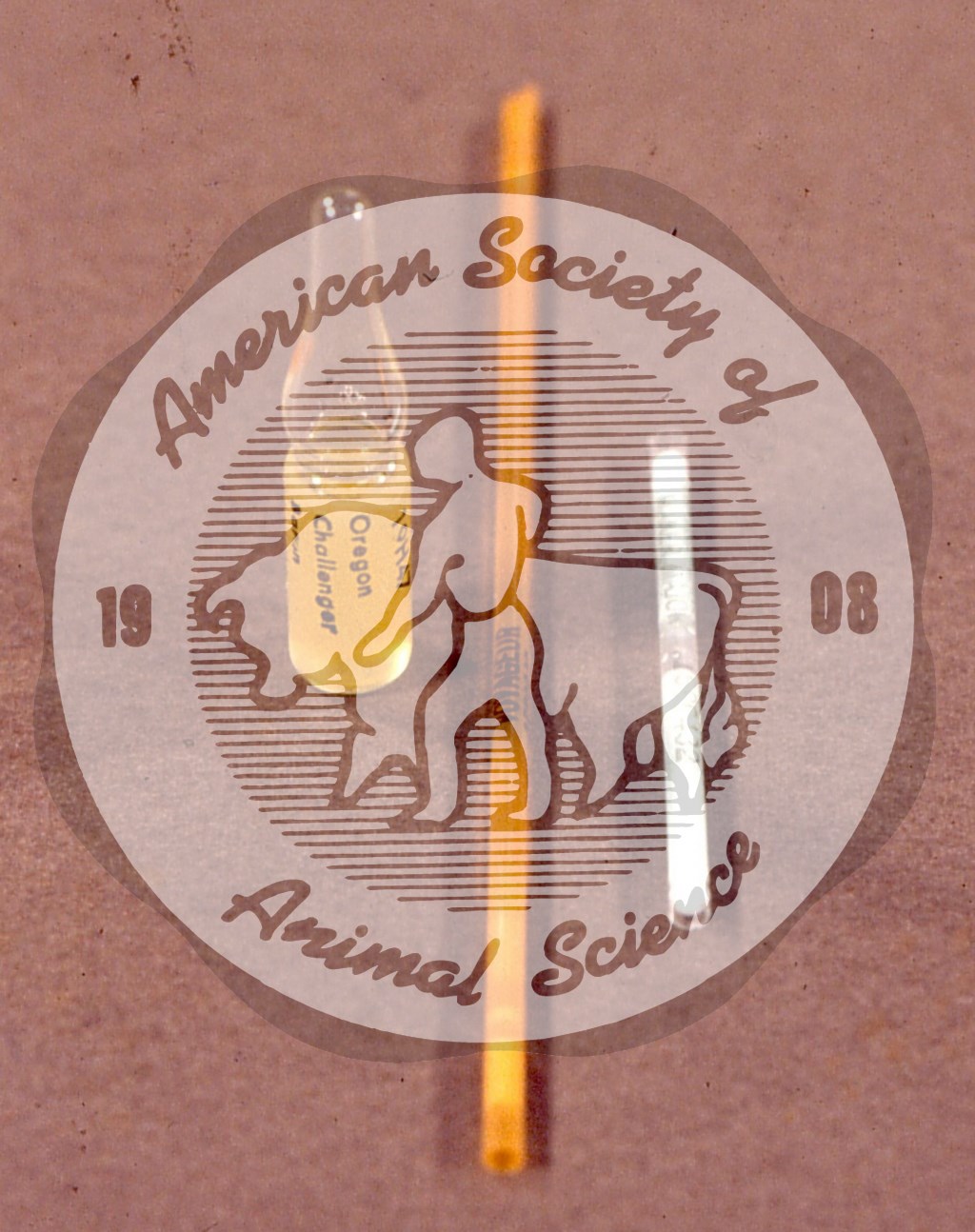 Description: Containers for frozen bull semen evolved from glass ampules to straws. From left to right, the glass ampule was used from the outset of frozen semen in 1953, and contained 0.5 to 1.0 mL of extended semen; the French or Canadian long straw, were first implemented on a large scale in France in 1964 and, depending on diameter, contained 0.25 to 0.50 mL; the German or American short straw was designed to contain 0.25 to 0.50mL. The ampule was hermetically sealed with a focused hot flame. The long straws had a factory seal of two cotton plugs with PVC powder at one end. Extended semen was drawn into the opposite open end through the first cotton plug until the powder was wet forming the seal. The filling end was then closed by fusion with a sonic gun. This was the major container for frozen bovine in 2005 (0.5mL straw in North America and 0.25mL straw in Europe). The German or American straw was filled to include a bubble in the middle and the ends were sealed with either metal or plastic beads. Prior to insemination, with straws, the bubble is shaken to one end to be cut off so that semen may be expelled into the cow. The seal or plug at the opposite end serves as a plunger.