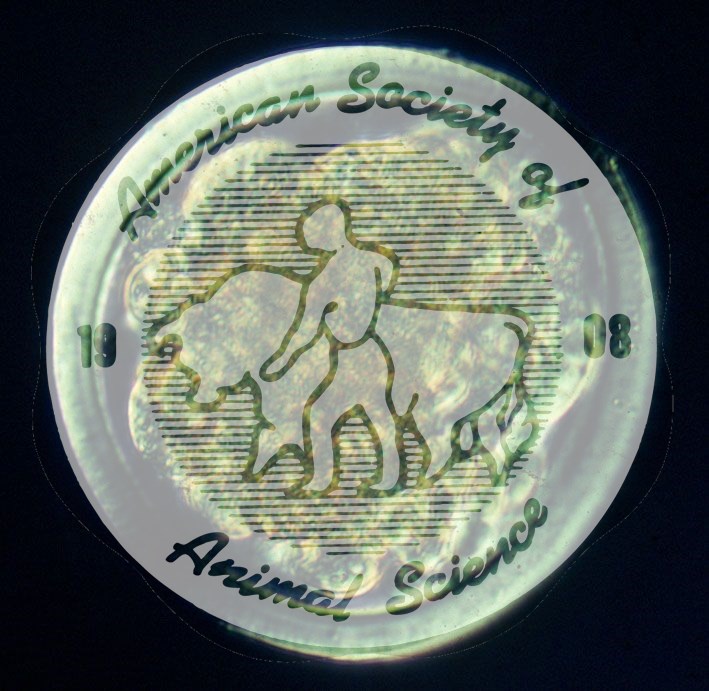 Description: Image of developing bovine embryo during the first 8 or 9 days after fertilization of the ovum. At fertilization, the egg shrinks slightly within the zona pellucida creating the perivitelline space. For approximately the first 7 days after fertilization, like the ovum, the developing embryo is surrounded by the zona pellucida. Fertilization occurs in the ampulla of the oviduct within about 12 hours following ovulation, which is within about 24 hours after the end of estrus. The first division creates a 2-cell embryo about 1 day after fertilization. Bovine embryos with 4, 8 and 16 cells are found about 1.5, 2 and 4 days after fertilization, during which period the individual cells become progressively smaller while the overall diameter of the embryo remains unchanged at about 120 microns (0.12 mm). This process of cell division without intervening cell growth is termed cleavage. The embryo typically passes though the tubo-uterine junction into the uterus by day 4. After the 16-cell stage, the embryonic cells become increasingly difficult to enumerate and the solid sphere of cells is known as a morula (day 5 after fertilization). The embryo is known as a blastocyst beginning about day 7 when a fluid-filled cavity, the blastocoele, appears within the sphere of cells. A mass of cells at one side of the cavity, the inner cell mass, is destined to form the embryo, while the extra-embryonic membranes form from the outermost layer of cells, the trophoblast. By day 8, the embryo 'hatches' out of it's surrounding zona pellucida, and elongates by day 14 to the length of a uterine horn. NAL #2597 and #4290 have images of some comparable bovine embryos, while NAL #159 ncludes two rabbit embryos. From day 9 to day 30 following fertilization, the hatched bovine blastocyst expands and elongates dramatically as illustrated in NAL #4290.