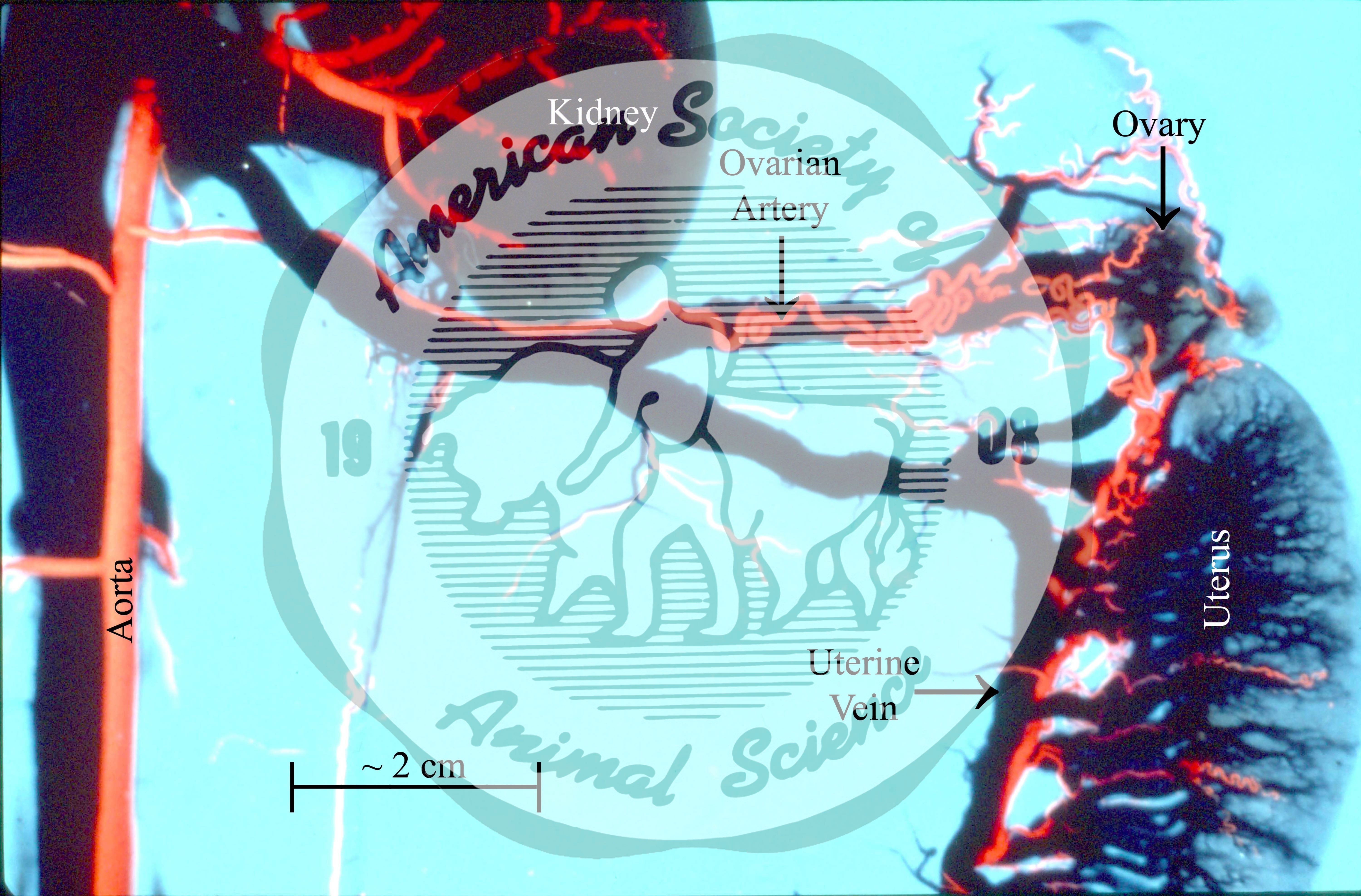 Utero-ovarian vasculture in the rat

Description: Utero-ovarian vasculature in the rat. The vessels were injected with liquid latex, the arteries with red and the veins with blue. After the latex set, the tissues of the reproductive tract were digested away, leaving casts of the arteries (red) and veins (blue). In most mammals, removal of the nonpregnant uterus prolongs the life of the corpus luteum to approximately that during pregnancy. Normally near the end of the luteal phase of the estrus cycle, the uterus produces the luteolysin prostaglandin F2 alpha and estrus follows about 3 days later. In some species, this effect of the uterus is mediated locally through close association of the uterine vein with the ovarian artery as illustrated in NAL #4754 for ewes. By contrast, in some other species such as mares (NAL #4760), the luteolytic effect of the uterus is delivered systemically. Consistent with this difference, the uterine vein and the ovarian artery are not intimately associated in mares and rabbits as they are as in ewes and guinea pigs. In still other species like sows and cows (NAL #4762), the luteolytic activity from the uterus is delivered to the ovary both locally and systemically. In rats, guinea pigs, gerbils, and hamsters, the close proximity of the uterine vein and the ovarian artery provides an anatomical basis for local delivery of uterine luteolysin directly to the ovary as in cows (NAL #4759) and ewes (NAL #4754). By contrast, the uterine vein is not closely associated with the ovarian artery in rabbits (images 5 and 6). Also by contrast with rats, guinea pigs, gerbils and hamsters, rabbits are induced ovulators. For more details, see O. J. Ginther, Comparative Anatomy of Uteroovarian Vasculature, in Veterinary Scope, The Upjohn Company, 1976. http://hdl.handle.net/10113/33280