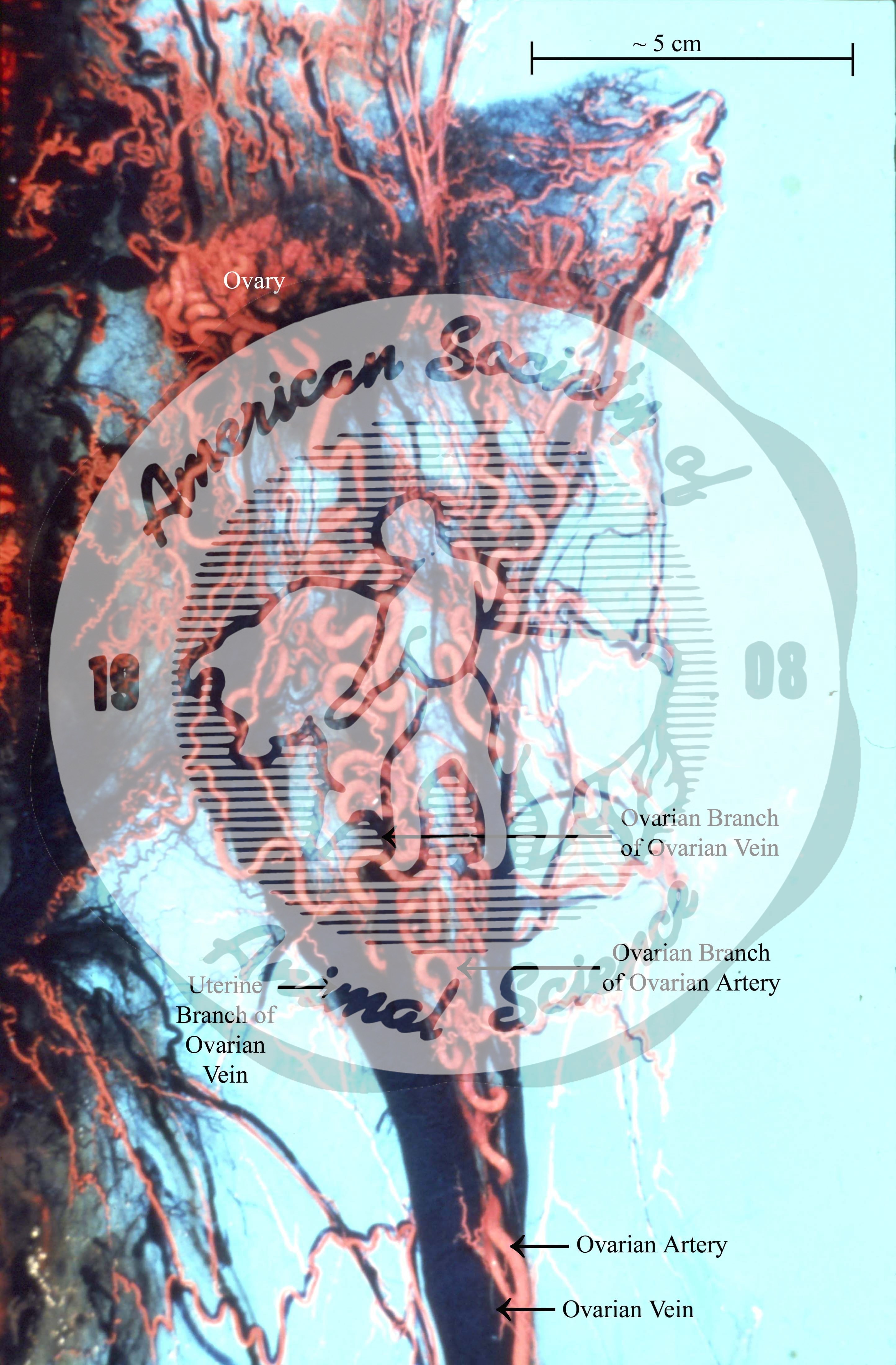 Description: Utero-ovarian vasculature of the ewe. The vessels were injected with liquid latex, the arteries with red and the veins with blue. After the latex set, the tissues of the reproductive tract were digested away, leaving casts of the arteries (red) and veins (blue). Image is a cast of the arteries. In most mammals, removal of the nonpregnant uterus prolongs the life of the corpus luteum to approximately that during pregnancy. Normally near the end of the luteal phase of the estrus cycle, the uterus produces the luteolysin prostaglandin F2alpha and estrus follows about 3 days later. In ewes, this effect of the uterus is mediated locally through intimate contact of the uterine veins with the ovarian artery. Owing to the close proximity of the veins and arteries, the prostaglandin in venous blood draining the uterus diffuses against the pressure gradient across the walls of the veins and arteries into arterial blood supplying the ovary, thereby providing a mechanism to deliver prostaglandin in high concentration directly to the ovary without passing through the lungs. This is significant because about 99% of prostaglandin F2alpha is metabolized in one pass through the lungs in ewes. Accordingly, removal of one uterine horn prolongs the life expectancy of a corpus luteum on the same side, but not for a corpus luteum on the contralateral side. In some other species such as horses (NAL #4760), the luteolytic effect of the uterus is delivered systemically, and not mediated locally as described above for ewes. Consistent with this difference, mares do not possess the close association between the uterine vein and the ovarian artery shown for ewes. In still other species such as pigs (NAL #4762) and cows (NAL #4759), the luteolytic effect of the uterus is delivered to the ovary both locally and systemically. For more details, see O. J. Ginther, Comparative Anatomy of Uteroovarian Vasculature, in Veterinary Scope, The Upjohn Company, 1976. http://hdl.handle.net/10113/33280