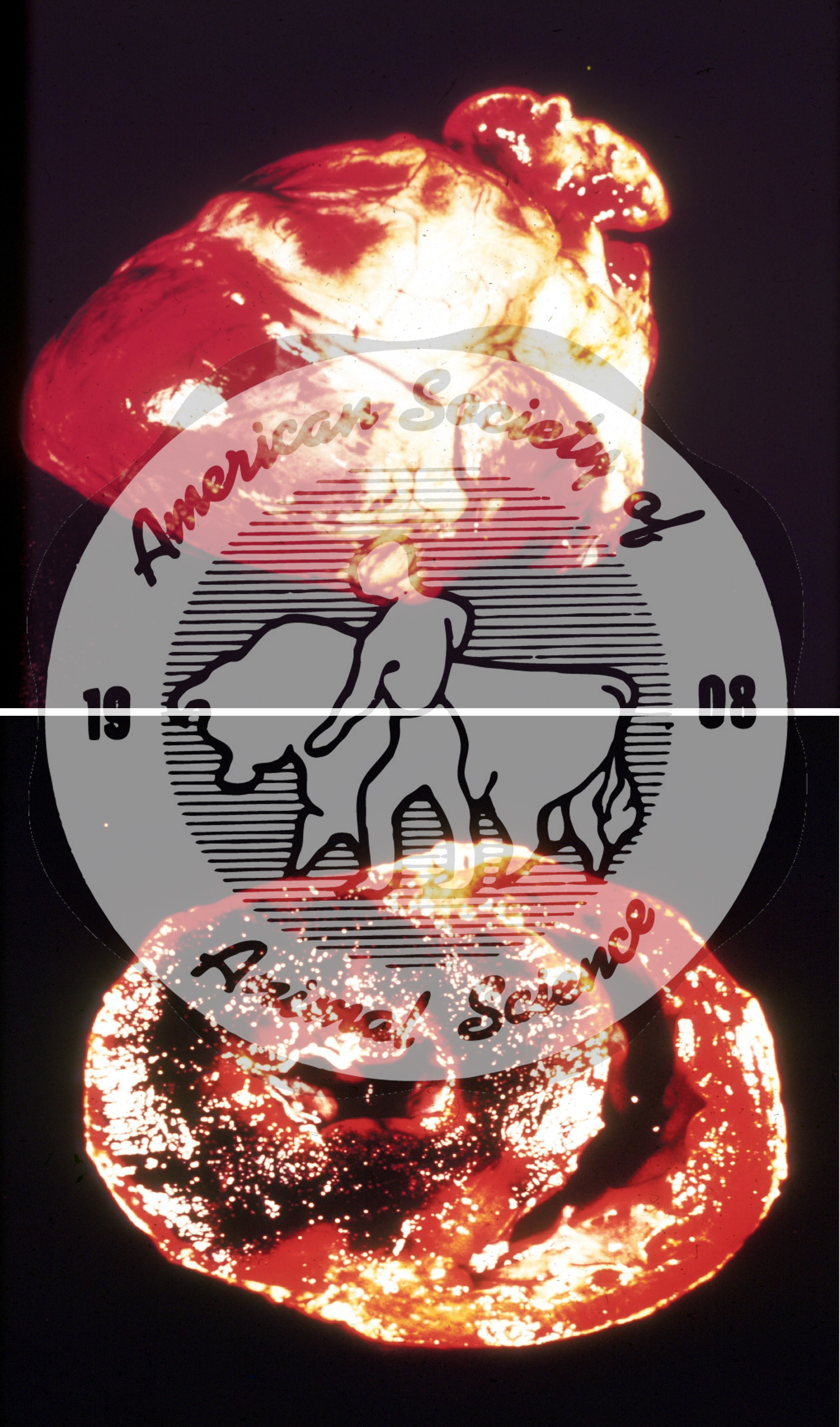 Description: These two images are of vitamin E-selenium deficiency that caused mulberry heart in pigs, the lower image being a cross section of the same heart. Note in the first image yellowish discoloration of adipose tissue and in the bottom image the heart is characterized by hemorrhagic lesions and necrosis. At an early age it is typically myocardial damage (mulberry disease) that is the most common outcome from a vitamin E-selenium deficiency and often results in sudden death. There are a number of syndromes and pathological effects associated with a vitamin E-selenium deficiency including: mastitis-agalactia-metritis in sows, nutritional hepatic dystrophy, and nutrition-related microangiopathy. Muscle degeneration of the back, pelvis, and upper thigh can also occur. The pathological effects include: massive hepatic necrosis, degenerative myopathy of cardiac and skeletal muscles, edema, esophogastric ulceration, icterus, nephrosis, hemoglobinuria, and acute congestion, with hemorrhage in various tissues. The most imposing pathological effect is liver necrosis, but the most common effect is bilateral paleness of skeletal muscles. In most cases the animal dies of the deficiency, but some symptoms can been seen shortly before death. These symptoms include icterus, difficult locomotion, reluctance to move, weakness, peripheral cyanosis (particularly on the ears), dyspnea, and a weak pulse.