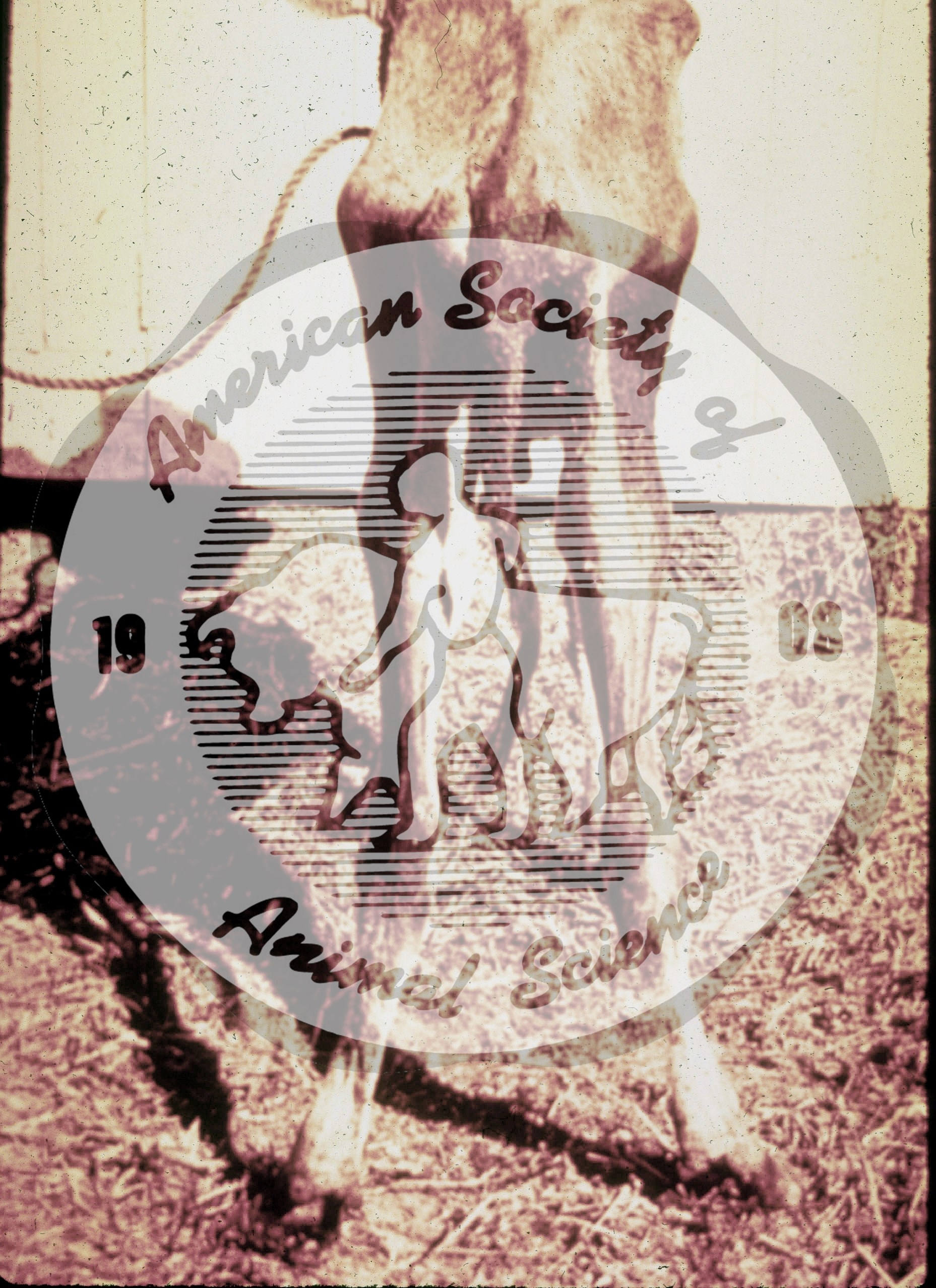 Description: The image above is of a severely emaciated heifer due to cobalt deficiency. Cobalt deficiency in ruminants causes a syndrome that resembles pernicious anemia in the human. Dietary cobalt is required for the ruminal synthesis of vitamin B12, cyanocobalmin, so deficiency of cobalt causes deficiency of vitamin B12, resulting in macrocytic anemia. The disease causes the animal to become apathetic, have a rough hair coat, dry feces and progressive wasting of the animal due to lack of appetite. The signs of a cobalt deficiency are not specific and it is often difficult to distinguish whether the animal is deficient, is diseased or is parasitized. A deficiency prevents the utilization of propionic acid as an energy source or for gluconeogenesis. Utilization of propionate requires that it be converted first to propionyl CoA, then to methylmalonyl CoA, which is converted to succinyl CoA for entry into the Tricarboxylic Acid Cycle. Vitamin B12 is a cofactor for the conversion to succinyl CoA by methylmalonyl CoA isomerase. This is an area deficiency caused by low cobalt levels in the soil. Emaciation can become severe, hence some of the names by which this deficiency is known in England and Australia, which include "pining, saltsick, bush sickness, and wasting disease." Diets in deficient areas must be supplemented with cobalt, which can be done by the use of trace mineralized salt or by using "cobalt bullets", which are made of 90% cobaltic oxide and which lodge in the reticulum, releasing Co into the rumen. These bullets are particularly useful for grazing animals. These bullets are available in western Europe and Australia but in the US cobalt is added to the mineral mix provided to these animals.