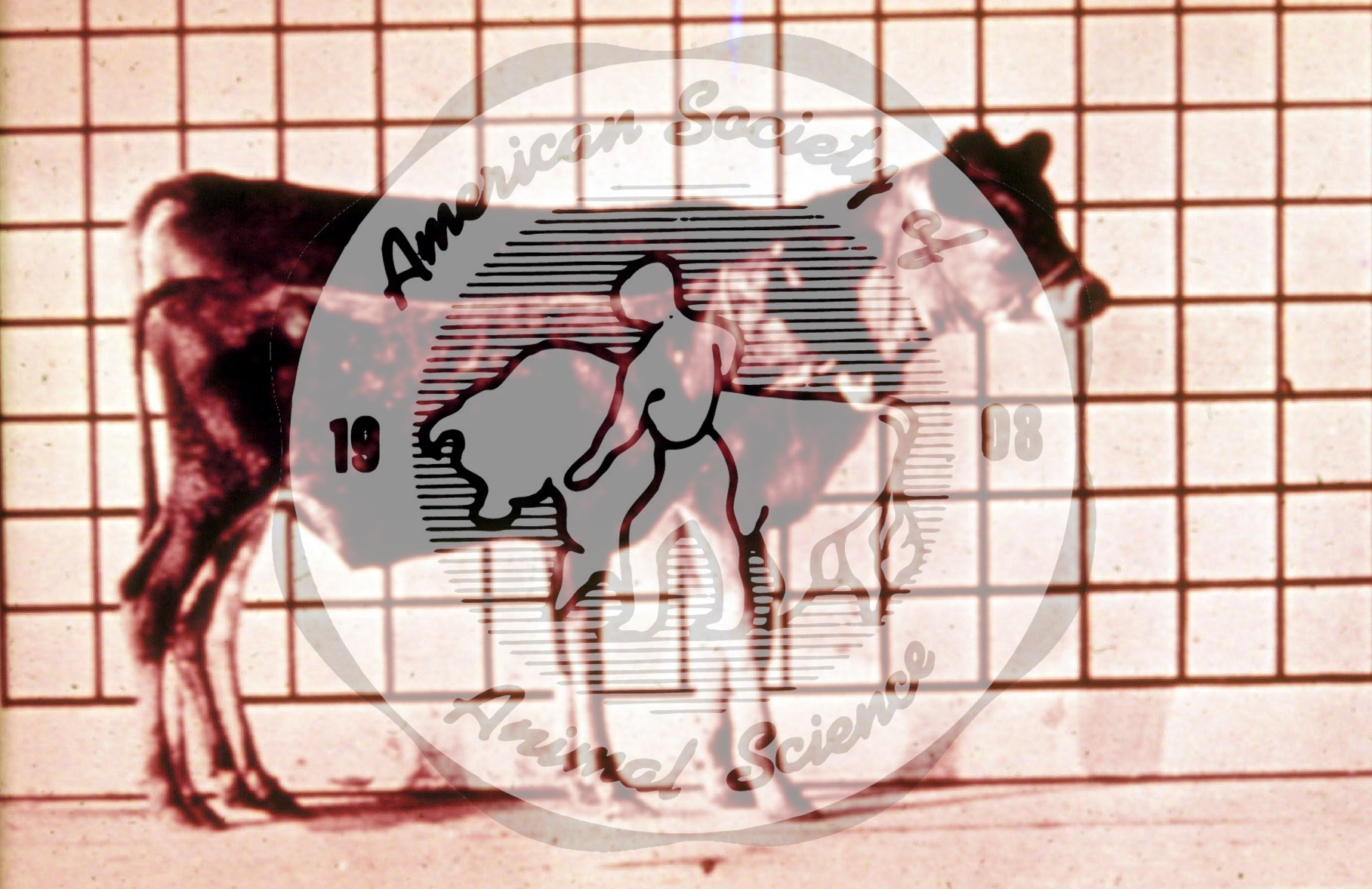 Description: This image illustrates severe vitamin A deficiency in a calf. The calf in the rear received cod liver oil as a source of vitamin A and weighed 286 lbs. The deficient calf (front) weighed 140 lbs, has stunted growth, and is blind due to vitamin A deficiency. In vitamin A deficiency the rods in the retina lose their opsin and degenerate causing night blindness. It is possible to regenerate the rods by supplying vitamin A, but if the deficiency continues both the rods and the cones will degenerate resulting in total blindness. In young calves signs of a vitamin A deficiency include watery eyes, elevated cerebrospinal fluid pressure, nasal discharge, and sometimes muscular incoordination, staggering gait, and convulsive seizures. In cattle night blindness is the first indication of a deficiency. Other symptoms include reduced feed intake, rough hair coat, edema of the joints and brisket, lacrimation, xerophthalmia, slow growth, blindness, low conception rates, abortion, stillbirths, abnormal semen, reduced libido, and susceptibility to respiratory and other infections. If calves are born alive to deficient dams, they are often weak, cannot stand, lack the instinct to nurse, are blind, and have severe diarrhea followed by death.