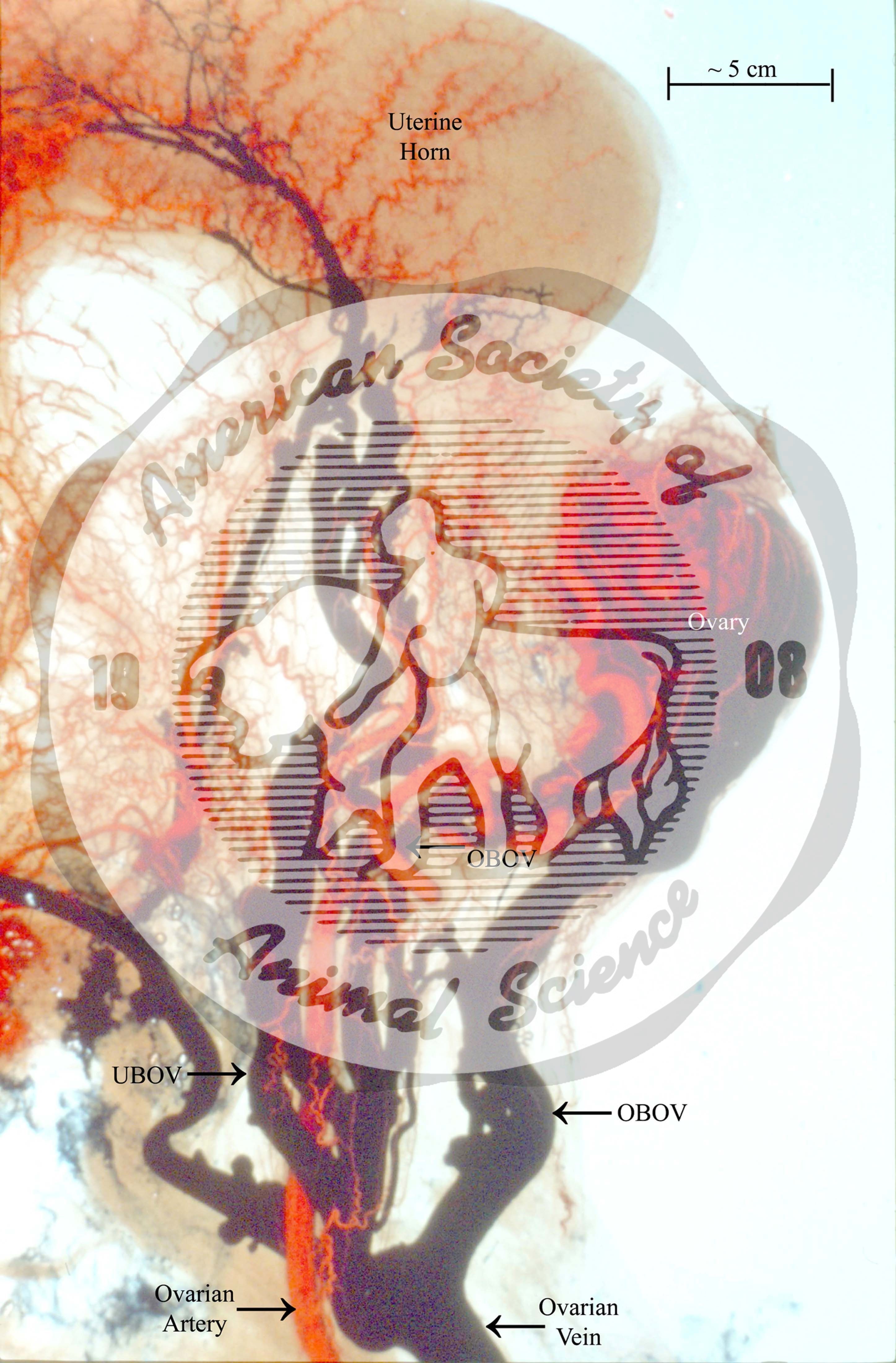 Description: Diagram of the utero-ovarian arteriovenous vasculature in the mare. Abbreviations are UBOA = uterine branch of ovarian artery, OBOA = ovarian branch of ovarian artery, OBOV = ovarian branch of ovarian vein, and UBOV = uterine branch of ovarian vein. In most mammals, removal of the nonpregnant uterus prolongs the life of the corpus luteum to approximate that during pregnancy. Normally near the end of the luteal phase of the estrus cycle, the uterus produces the luteolysin prostaglandin F2alpha and estrus follows about 3 days later. In some species such as ewes (NAL #4754), this effect of the uterus is mediated locally through transfer of the luteolysin prostaglandin F2alpha directly from the uterine vein to the ovarian artery. By contrast, in mares the luteolytic effect of the uterus is delivered systemically. Consistent with this difference, as shown in the diagram, mares do not possess the extensive close association between the uterine vein and the ovarian artery shown in images NAL #4754 for ewes and #4759 for cows. Nevertheless, in mares, cows and ewes alike, complete removal of the uterus prolongs the life of the corpus luteum to near that expected during pregnancy. For more details, see O. J. Ginther, Comparative Anatomy of Uteroovarian Vasculature, in Veterinary Scope, The Upjohn Company, 1976. http://hdl.handle.net/10113/33280